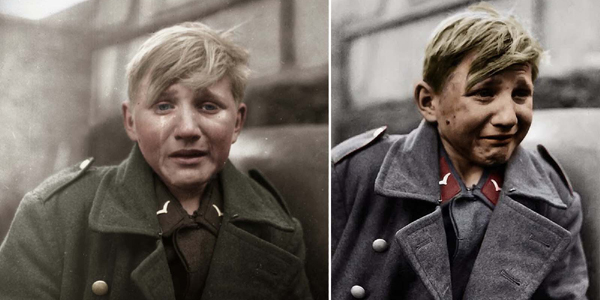 An old friend of mine was a boy in Köln when Nazis ruled Germany. His mother escorted him to church one day and stood by until she was certain that it had been recorded in the parish records that he was a Catholic. She hoped the paper trail would lead any inquisitions away from his Jewish background. Her plan worked a treat! He was drafted into Hitler’s army as barely a teen-aged anti-aircraft gunner—shooting up at the planes of the allies who were coming to liberate his mother’s people. But she never saw liberation. She took her own life somewhere in obscurity. A tragedy that has haunted my friend into old age.
Hitler drafted quite a few children toward the end of that war. When President Trump could no longer treat the coronavirus pandemic lightly, or lie anymore that it was under “total control,” he declared that we were in a war, remember? He said he was our war president. But doesn’t it seem like Trump’s been AWOL lately?—maybe hunkered down in his bunker? Doesn’t this urgent desperate campaign to get our kids back to school in the middle of this pandemic war resemble the creepy last gasp of using the German children to save Hitler?