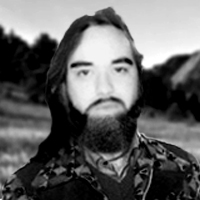 Born on a military base in Arkansas, to a U.S. Army soldier and a beautiful country belle, as a child I dreamed of being the greatest second baseman in all of baseball—Bobby Richardson. When the Yankees didn’t recruit me out of elementary school, I attended R.H. Fulmer Jr. High and Airport High in West Columbia, SC and then the University of South Carolina in Columbia, SC.

During college, I got on at a weekly syndicated radio program. Somehow I managed to con the principals of the media agency that produced the show that I could help program the music selections, add a little to the writing, and garner a sponsor or two—and they fell for it!

It was exhilarating—interviewing rock superstars—profiling backstage during concerts—partying with the groupies and roadies—getting smashed in the studio during recordings—all of it encapsulated in the best music the world has ever known!

And yet beneath the surface of what was the kind of fantasy lifestyle I had coveted since high school was an undercurrent of psychological torments—bummers of angst, insecurity, failure and paranoia.

This web site is dedicated, mostly, to that unforgettable and formative year in the life, and is intended to support my book in the works, “A Cage Left To Dream.”