The Fabbest Beatle Encounter Ever 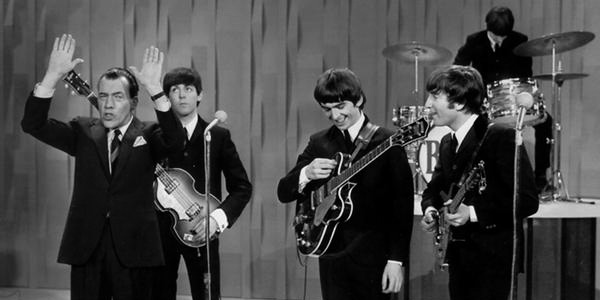 I was 10 and acting busy wiping down my new 20 gauge shotgun in the living room of our home in Cayce, SC when the Beatles made their historic appearance on the Ed Sullivan Show. I had pulled the gun down from the rack purely as a diversion. I didn’t want my dad to see I was interested in the Beatles. He thought they were sissies. During the performance, however, while I was hiding behind the barrel, sneaking peeks of the Fab Four on the black and white screen, out the corner of my eye, I caught Dad …  peeking at the TV too.

The whole world was watching.

I liked all of the Fabs but my favorite was George Harrison—even more so after the Beatles broke up.

When I lived in London, decades after George, John, Paul and Ringo invaded America, it became my good fortune to introduce George and his family to the world of Apple computers.

Visits to the Harrison Friar Park mansion were exhilarating and sometimes overwhelming, as you might imagine for a life-long fan like me.

Among other things, out of my relationship with the Harrisons, I earned the rights to what may likely be one of the top 5 best stories ever told in the history of dinner parties. Recently, on Facebook, I bumped into an old London friend whom I hadn’t communicated with in 17 years and among the first few characters out of his keyboard were: “What are you up to nowadays? I often mention you when I relate that story of you at George Harrison’s house. It always gets a laugh!”

“Always gets a laugh.” I get that a lot btw.

You can read that story in 3 parts:

Part 1) Within Me Without Me

Part 2) Went To A Garden Party

2 thoughts on “The Fabbest Beatle Encounter Ever”